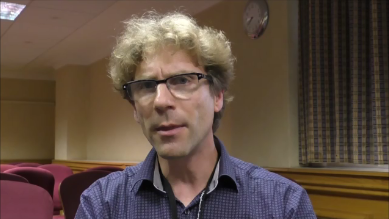 latest news
Key Fact
Seizures are very common in Angelman syndrome and tend to be more severe during childhood.

Many individuals with Angelman syndrome may experience feeding problems during infancy.

Approximately 8 out of 10 individuals will experience seizures.  Many different types of seizures have been reported in Angelman syndrome and they are often more severe in individuals who have a chromosome 15q11-13 deletion genetic cause.  To read more about genetics, click here. Recurrent seizures often lead to a diagnosis of epilepsy and this is usually most severe throughout childhood.  Most seizure activity can be controlled by medications prescribed by a paediatric neurologist.

An EEG is a graphical record of electrical activity of the brain produced by a technique called electroencephalography. Individuals with Angelman syndrome tend to have distinct EEG pattern when an EEG is conducted.

Curvature of the spine

Mobility in Angelman syndrome can decrease with age due to hypertonicity of the limbs (increased tension of muscles), meaning that muscle tone is very rigid which can make movement very difficult.

Reflux refers to the backward or return flow of the stomach contents into the oesophagus, similar to what many people know as ‘heartburn’.  There is provisional evidence to suggest that reflux may be a problem for some children with Angelman syndrome, however more evidence is needed before this can be confirmed for certain.

Further evidence from Glassman et al. (2017) study into prevalence of gastrointestinal symptoms in AS found majority of patients' records in thier study indicated at least one symptom of gastrointestinal dysfunction, with constipation and reflux (GERD) being the most common.

Health difficulties in individuals with genetic syndromes have been linked to behavioural difficulties.

For more information on identifying pain in children with communication and/or intellectual disability please click here.