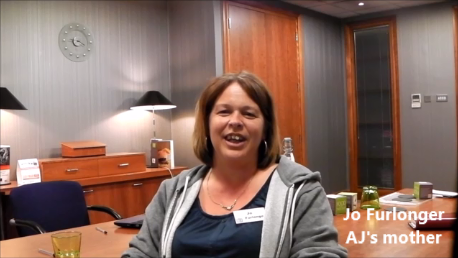 In this clip you will see Robert spinning on the floor. This is called stereotyped behaviour.

In this clip you will see Sebastian repetitively taking toys out of and putting them into boxes. Sebastian appears to be sorting and organising these items and is very focused on this task.

This is potentially important and relevant to self-injurious behaviour as a number of studies have suggested that self-injury in people with Cornelia de Lange syndrome has a compulsive quality and is associated with compulsive behaviour. This may also help us to understand the self-restraint and preference for restraint that we often see in Cornelia de Lange syndrome.

There are also reports that some individuals with Cornelia de Lange syndrome have difficulties coping with changes to routine and that this can lead to anxiety. Read about this here.