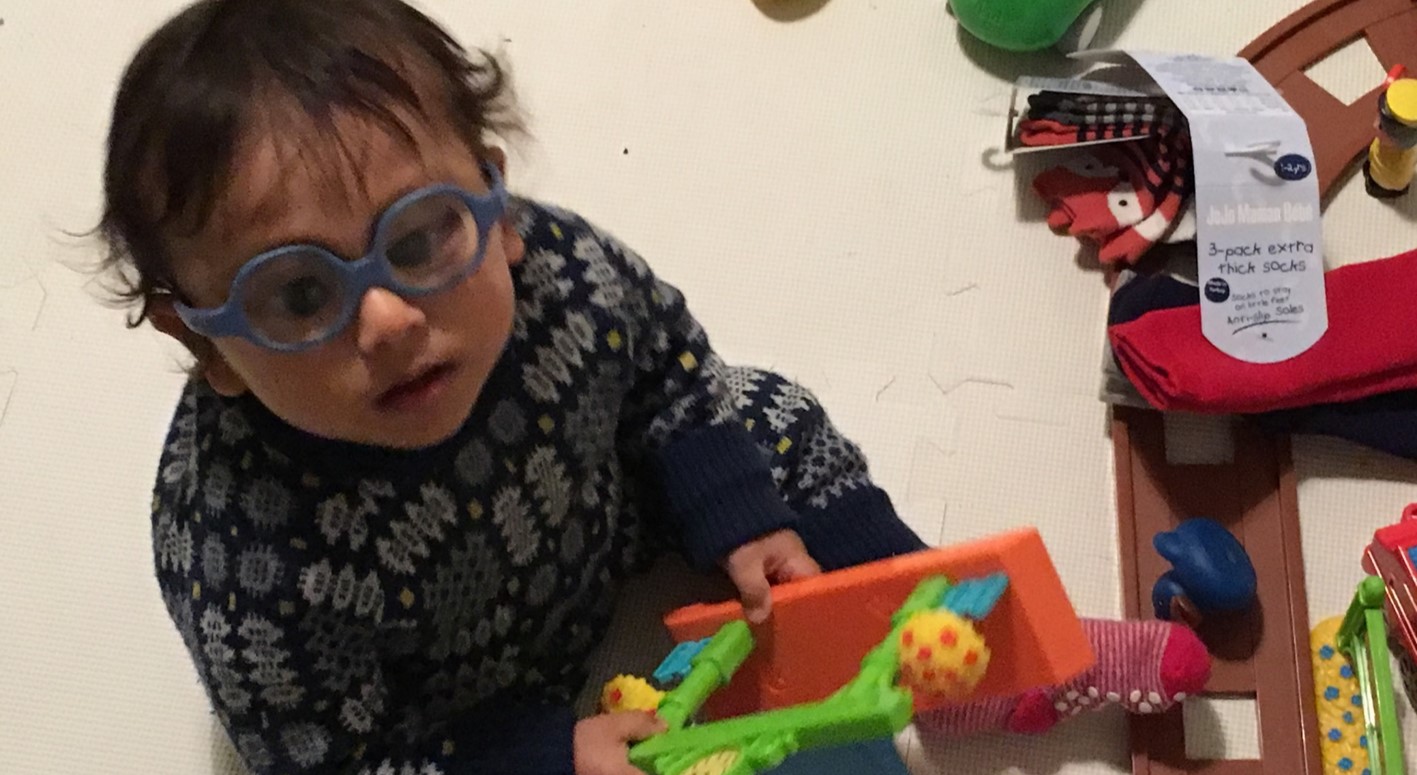 Adaptive skills can also be called everyday living skills. They are behaviours that promote independence and quality of life. These skills include: communication skills, daily living skills, socialisation skills and motor skills.

Children with Lowe syndrome do have delayed motor development, which refers to the control of large and small muscles that are used for walking, jumping and holding objects, amongst other things. This delay means that people with Lowe syndrome may struggle with tasks requiring either whole body movement or finer motor skill, such as opening doors, using a phone or keyboard or writing. However, while motor development is delayed, most children will eventually learn to walk. For example, one study found that walking independently occurs in approximately 25% of affected individuals between 3 and 6 years old; and then between 6 and 13 years old, 75% can walk independently.

Delayed language development is evident in early childhood, but most individuals with Lowe syndrome can imitate words by 2 ½ years old and nearly all are able to talk by 7 years old- in fact, they often become quite talkative.

Individuals with Lowe syndrome tend to become toilet trained between the ages of 5 and 13 years old, though some learn later. The process of toilet training is complicated by the common occurrence of constipation in Lowe syndrome. For advice and support with toilet training, contact your local healthcare team for a referral to a specialist with experience in incontinence.

Dressing and self-care tasks can prove difficult for individuals with Lowe syndrome, particularly when these tasks require more coordination, such as tying shoelaces or fastening buttons. This is because motor development is delayed. Using Velcro fastenings on shoes, elastic waistbands on trousers and pullover tops can make these tasks more manageable and less frustrating for the person with Lowe syndrome, and will help them attain a higher level of independence.

There currently is no research looking at the socialisation skills of individuals with Lowe syndrome, but parents and carers have reported that the people they care for enjoy social interaction and are friendly, but often have issues interpreting social cues or social situations, and so sometimes struggle to react appropriately. This means they can come across as ‘socially awkward’.

Generally, as adults, many people with Lowe syndrome choose to live with their families, though some individuals choose to live in a group home or even independently if the appropriate assistance and guidance is available.